Xudong Wang, a tenured professor at the University of Michigan- Shanghai Jiao Tong University Joint Institute (UM-SJTU JI) has been conferred the prestigious IEEE Grade of Fellow for his extraordinary accomplishments in the field of wireless mesh networks. He was placed on the 2018 Fellow List released by the Institute of Electrical and Electronics Engineers, Inc. (IEEE) recently, becoming JI’s first IEEE Fellow.

The IEEE Grade of Fellow is conferred by the IEEE Board of Directors upon a person with an outstanding record of accomplishments in any of the IEEE fields of interest. As the chance of being elevated to the IEEE Fellow Grade, the highest grade of membership, is less than 0.1 percent of the total voting members, the honor is highly recognized by the technical community as a milestone in one’s career achievement. 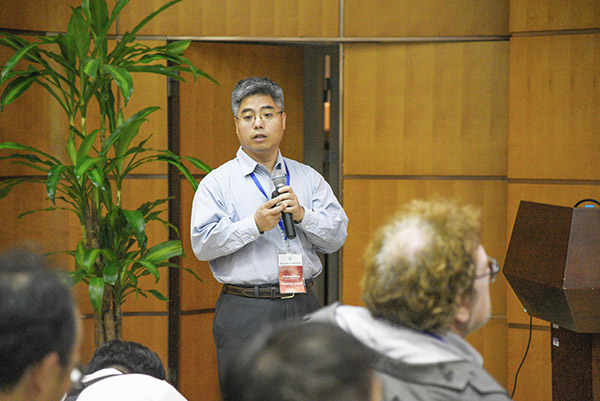 IEEE is the world’s largest technical professional association. Through its 423,000 members in 160 countries, the organization is a leading authority on a wide range of areas from aerospace systems, computers and telecommunications to biomedical engineering, electric power, and consumer electronics. With the mission of advancing technology for humanity, the IEEE publishes nearly one third of the world’s literature in the fields of electrical and electronics engineering and computer science. The association has developed more than 1300 active industry standards and sponsors or co-sponsors nearly 1700 international technical conferences each year. 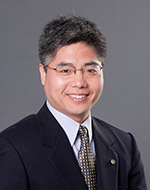 Xudong Wang is a tenured professor at the UM-SJTU Joint Institute. He is also a Distinguished Professor of the Shanghai Oriental Scholar Program, the director of the Wireless and Networking (WANG) Lab, and an affiliate faculty member with the Electrical Engineering Department at the University of Washington. His research interests include 5G and beyond networks, smart connected systems, machine learning, and big data.

Professor Wang received a doctoral degree in Electrical and Computer Engineering from the Georgia Institute of Technology in 2003. Before taking the professorship, he worked as a senior research engineer, senior network architect, and R&D manager in several companies, and was actively involved in R&D, technology transfer, and commercialization of various wireless networking technologies. He holds a number of patents on wireless networking technologies, and most of his inventions have been successfully transferred to products. His patented inventions and products on TDMA overlaying CSMA medium access control protocols resolved the scalability issue of IEEE 802.11 mesh networks. His work on lunar surface networks was highly recognized by NASA Glenn Research Center. Recently, his research team developed the entire framework of random analog network coding, including theories, protocols, and system implementation. Additional breakthroughs have also been made in full duplex wireless communications, physical layer security, smart grid wireless communications, and coded caching.

Professor Wang serves as an editor for numerous journals such as IEEE Transactions on Mobile Computing, IEEE Transactions on Vehicular Technology, Elsevier Ad Hoc Networks, ACM Wireless Networks, and China Communications, as well as a guest editor for several international journals. He is a TPC Co-Chair of the 32nd International Conference on Information Networking, and held the demo co-chair of the ACM International Symposium on Mobile Ad Hoc Networking and Computing (ACM MOBIHOC 2006), the technical program co-chair of Wireless Internet Conference (WICON) 2007, the general co-chair of WICON 2008, and the general chair of 2017 IEEE 5G Summit Shanghai. He was a voting member of IEEE 802.11 and 802.15 Standard Committees.