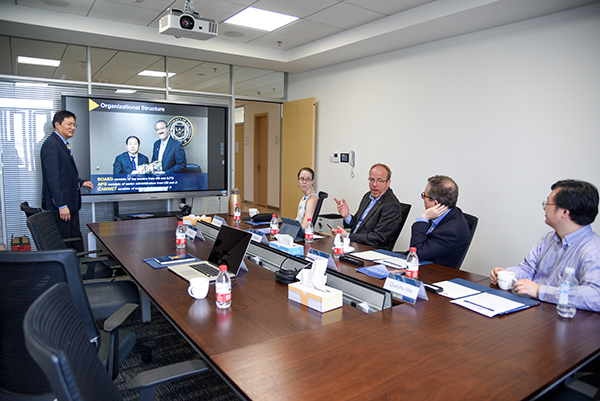 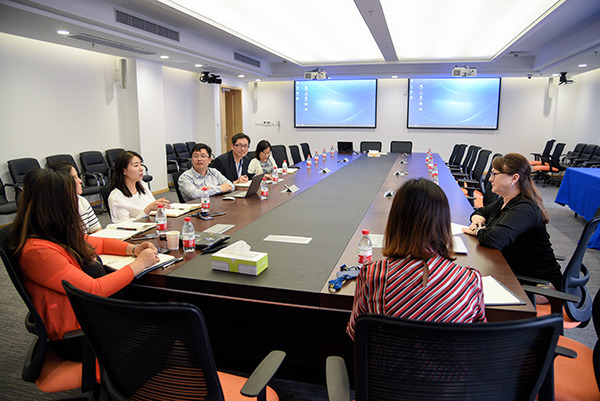 In the meetings held at conference rooms on the fourth floor of Long Bin Building, both parties highly appraised the achievements out of bilateral cooperation over the past decade and discussed the prospects of future cooperation. Amy Conger, Associate Vice Provost and Director of Global Engagement of the University of Michigan, said that UM was fully prepared to speed up the Global Degree Pathways (GDP) plan with JI, and some GDP programs would be launched earlier than expected. Some UM delegates were showed around Long Bin Building after the meeting accompanied by Peisen Huang. 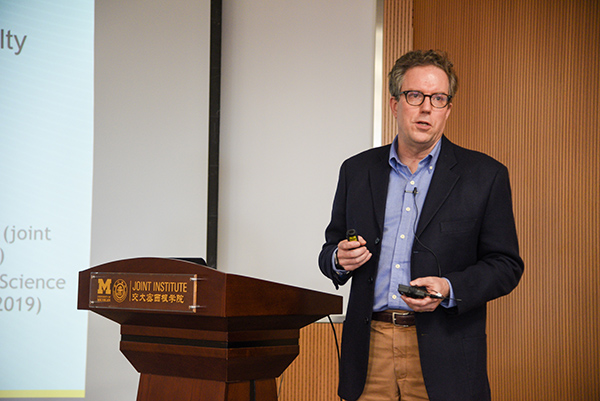 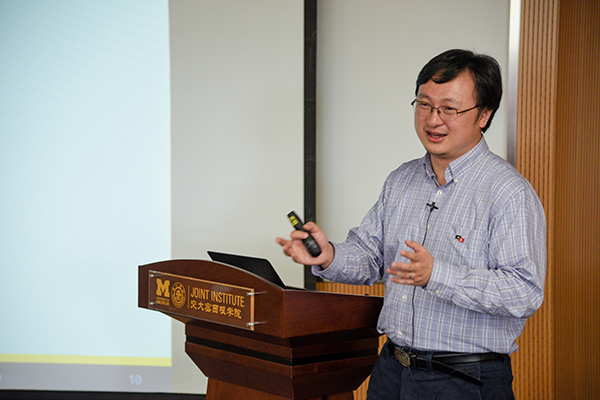 In the afternoon, Dean Tom Finholt and Associate Professor Qiaozhu Mei of the UM School of Information, and Chair of Computer Science and Engineering Brian Noble of the UM College of Engineering attended the lecture held at CIMC Auditorium attracting nearly a hundred students. Tom Finholt gave a brief introduction of UM and the School of Information and elaborated the transformation of online courses. He said that the newly launched master’s program in applied data science would be the first online degree program of School of Information. Professor Qiaozhu Mei shared his insights with the lecture themed “Data Science of the People, by the People, for the People”. He presented lively research cases on emoji and showcased the powerful strength of data science in solving real world problems. As a GDP partner of JI, the School of Information accepted 11 JI students for master’s programs last year. 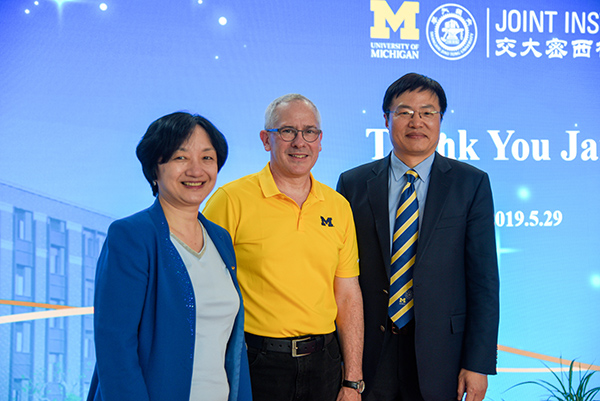 Xuemin Xu, Peisen Huang and James Holloway at the thank you meeting 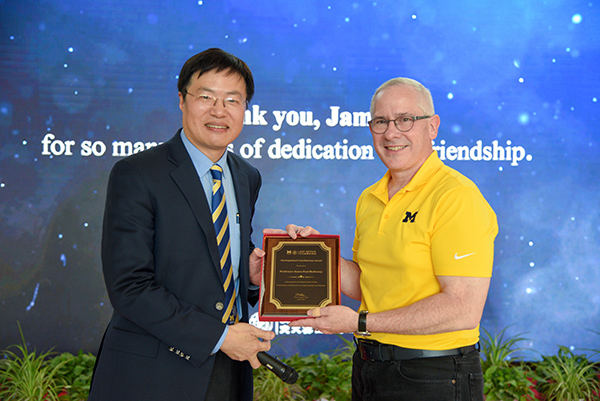 The UM delegation’s visit to JI also represents James Holloway’s last trip to China as Vice Provost of UM. He will take a new position at the University of New Mexico in July. A special thank you meeting was therefore held at the lobby of Long Bin Building.  Xuemin Xu, Vice President of SJTU, delivered a speech on behalf of SJTU. She extended gratitude to James Holloway for his long term support for JI and appreciated his continuous efforts to promote the cooperation between UM and SJTU. Peisen Huang conferred an honor plaque to James Holloway on behalf of JI, to mark his great contributions to bilateral cooperation and the development of JI.