Space, Time and Our Planet Earth-Musings arising from an architectural analogy

Academic Seminar: Space, Time and Our Planet Earth-Musings arising from an architectural analogy

In pre-modern times, architecture in many cultures often was used as a model to imitate human imagining of the universe. Through a cursory examination of a history of this architectural cosmic model in Europe and China, we see an extraordinary divergence of human attitudes towards space, time and our planet earth. The solar system and “cloud”, in a mysterious way, seem to represent the above-mentioned divergence as limit versus freedom, which is relevant to our ambitious scientific exploration and technology innovation, as well as the earthbound morality that we humans cannot possibly neglect. 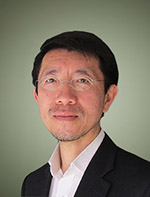 Xing’s essays have appeared in leading academic and literary journals, such as JSAH (Journal of the Society of Architectural Historians), Jianzhu shi [The Architect 建筑师] and Wenhui Xueren of Wenhui Ribao [Wenhui Scholar of Wenhui Daily 文汇学人， 文汇日报]. Xing is co-editor, with Ronald Knapp, of the book series Spatial Habitus: Making and Meaning in Asia’s Architecture published by the University of Hawai’i Press, with published titles encompassing China, Japan, Korea, India and the Middle East. He has also contributed, as a critic, to professional architecture journals in Australia and China.

Xing teaches architectural design, history and theory. He has been invited to give keynote and public lectures at conferences and universities in China, South-East Asia, India, USA, the UK, Italy, New Zealand, Argentina and Australia. He also serves as a supervisor for PhD and Master’s research degrees.