Speaker: Yulian He, department of Chemical Engineering at Stanford University

Catalysis contributes to more than 35% of the global GDP from the petroleum sector, to energy production, chemical production, and the food industry. With the rapid growth of the global population, the role of catalysis becomes more and more vital in the worldwide collective efforts to meet an increasingly high demand for energy. Nevertheless, consensus must be reached that the world’s economic booming should never come at the expense of exacerbating environmental stress. My talk will primarily focus on the development of novel catalytic systems and their applications in the conversion of greenhouse gases, including methane and carbon dioxide, for greener energy production and environmental abatement.

The first topic discusses the application of a catalytic technology, catalytic methane combustion, for emission control and clean power generation, using an earth-abundant iron oxide catalyst. Methane activation is one of the main obstacles for its any oxidation reaction. Inspired by the active center structure of biological methane monooxygenase enzyme that activates methane at ambient conditions, we designed a 2D hematite catalyst resembling the active site structure of an antiferromagnetically coupled iron dimer, which achieved methane combustion at low temperature with performance exceeding most Pd-based catalytic systems. In addition, we were able to identify the evolution of reaction intermediates through a combined toolkit of in situ experimental techniques and theoretical DFT analysis from a molecular level.

In the second topic, we explored how different organic adsorbate would affect the physicochemical properties of copper oxide catalyst. This work was also inspired by the hybrid structure of biological catalysts where the inorganic active cores are encapsulated by organic polypeptide layers for environmental control, diffusion control, etc. In the work we found that different organic molecules would alter the surface wettability from a hydrophilic regime to a superhydrophobic one over 2D CuO nanosheets, in the meanwhile, affecting their catalytic performance. The difference was attributed to the different adsorbate-adsorbent interaction between the organic molecules and the inorganic substrate through a combined experimental and theoretical analysis at an atomic level.

The third topic presents an illustration of how the fundamental structure-property relationship would contribute to the development of catalyst design and optimization through a “descriptor”- based analysis. Through a systematic study of different MnO2 nanostructures and their catalytic performance in CO2 conversion, in conjunction with DFT calculation on the gas-solid interactions, we have found a linear correlation between the catalyst activity and the relative adsorption energies between the reactant and product ΔE = Eads(CO2) − Eads(CO), which makes it a potential “descriptor” for the prediction of catalytic activity and selectivity. 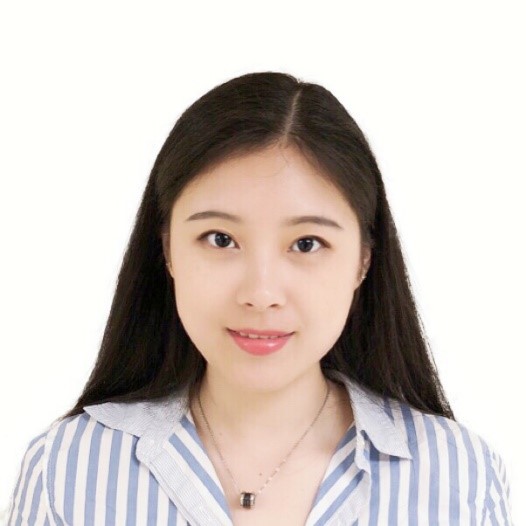 Dr. Yulian He received her B.S degree in Chemistry from Nankai University in 2016. After that, she dived into catalysis fields under the supervision of Prof. Lisa Pfefferle, Prof. Gary Haller, Prof. Victor Batista, and Prof. Shu Hu in the department of Chemical & Environmental Engineering at Yale University, with research focuses on bioinspired earth-abundant novel oxide catalysts design for C1 chemistry as well as water splitting. After she received her Ph.D degree in 2020, she continued to work on developing bioinspired organic-inorganic hybrid catalysts for methane and CO2 conversion, as well as photothermal catalysis, with Prof. Matteo Cargnello in the department of Chemical Engineering at Stanford University.