Integrated silicon photonics, as a post-Moore technology, has been intensively studied and proven to be particularly advantageous in data transmission due to its lower energy consumption, increased speed, and compatibility to the CMOS processing technology. The rapid progress of low-loss photonic platform has also opened up new possibilities of nonlinear sciences at nanoscale due to high optical confinement and enhanced light-matter interactions assisted by the high-Q mi- crocavities. However, as a centrosymmetrical material, silicon lacks intrinsic second-order (y(2)) nonlinearity, which fundamentally limits its performance in terms of electro-optic modulation, sec- ond harmonic generation, parametric down conversion process, etc. Possessing significant y(2) and y(3) nonlinearities, broad transparency window, and flexibility in ferroelectric domain engineering, thin film lithium niobate is dubbed by many as "silicon of photonics" and has recently risen to the forefront of chip-scale nonlinear and quantum photonics research since its demonstration as a ultralow-loss photonics platform. In this talk, I wll present my work on the systematic develop- ment of several state-of-the-art y(2) nonlinear photonic devices based on thin film lithium nioabte, including second harmonic generator, optical parametric oscillator as well as chip-based optical frequency comb generator, assisted by the meticulous device design and advanced nanofabrication of ultralow-loss photonic structures. 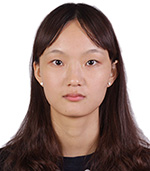 Juanjuan Lu is a final-year Ph.D. candidate in Electrical Engineering at Yale University, under the supervision of Professor Hong X. Tang. She got her M.S. and M.Phil. in 2019 at Yale and received her B.S. in Applied Physics from University of Science and Technology of China in 2016. Her research focuses on integrated nonlinear photonics and their applications in both classical and quantum fields. She has published 17 papers in reputed journals (e.g. Optica,Nat. Commun., and Phys. Rev. Lett.) with total citations above 500. She is also the recipient of Yale Frederic Ewing Fellowship and Yale Hoge Fellowship.