The signing ceremony of the Shanghai Jiao Tong University (SJTU) John and Jane Endowment was held at the Dong Hao Yun Maritime Museum in SJTU Xuhui campus on Oct 31. The extraordinary gift of ten million US dollars by Mr. John Wu, a SJTU/University of Michigan (UM) alumnus (1987/1989) and a successful venture investor, and his wife Jane Sun, Co-President of Ctrip.com, is the biggest single charitable donation from SJTU alumni since china’s reform in 1978. The endowment is established solely for JI’s long-term development, including setting up chair professorships, faculty and student scholarships, and students’ innovation programs. In appreciation of the Wus’ generosity, the new UM-SJTU Joint Institute (UM-SJTU JI) building will be named “Longbin,” after John Wu’s parents.
The ceremony was concurrent with a joyous reunion of Wu’s family and friends. The donor couple invited more than 70 guests to witness this historical event and to celebrate the auspicious occasions of the 80-year birthday of Professors Xilong Wu and Zhebin Wu, John Wu’s parents, the donor couple’s 20-year wedding anniversary, and most significantly, the 160th-day countdown to JI’s ten-year anniversary. Mr. & Mrs. Wu chose the endowment as the best way to pay back to his parents and to his alma mater.

On behalf of SJTU, Mr. Sixian Jiang, Chairperson of the SJTU University Council, showed his deep gratitude to the Wu family for their great contributions to SJTU: both the elder Mr. and Mrs. Wu had been dedicated and respectable professors of physics and astronomy at SJTU and had educated thousands of students over the decades; the John and Jane Endowment will carry on the heritage and benefit the future generations of JI faculty and students. He praised John Wu for being a model of SJTU alumni who remembers the university’s motto of “Gratitude and Responsibility.”
As the chairman of the SJTU Education Development Fund, Mr. Jiang promised to carefully and efficiently manage the endowment fund and make sure that every penny goes to support the development of JI of his two alma maters – the UM and SJTU. Mr Jiang was happy to report that The ABET (Accreditation Board for Engineering and Technology) team visited the JI’s ME and ECE programs last week and the on-site evaluation went well. He believes the endowment will boost JI to a higher level. 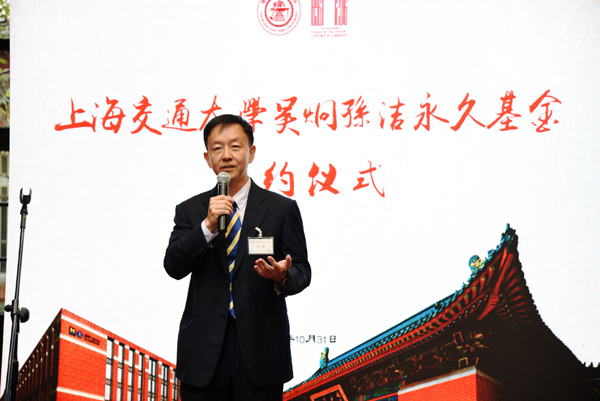 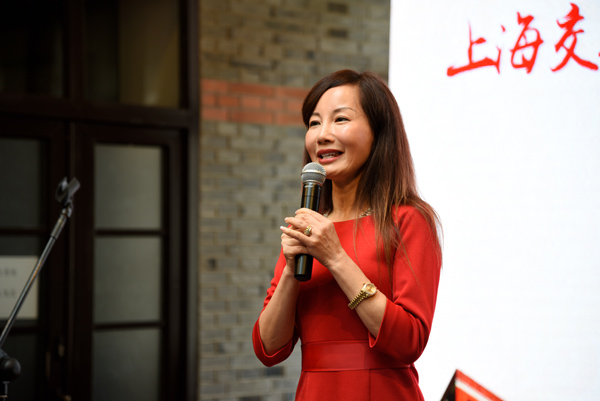 Mr. John Wu’s remarks were a cascade of gratitude, to SJTU, UM, his parents and his wife. He said he would always remember SJTU’s motto of Gratitude and Responsibility. He highly recognized JI’s achievement in combining the best traits of both the Chinese and the American education systems. He hoped the John and Jane Endowment will help more students fulfill their dreams. 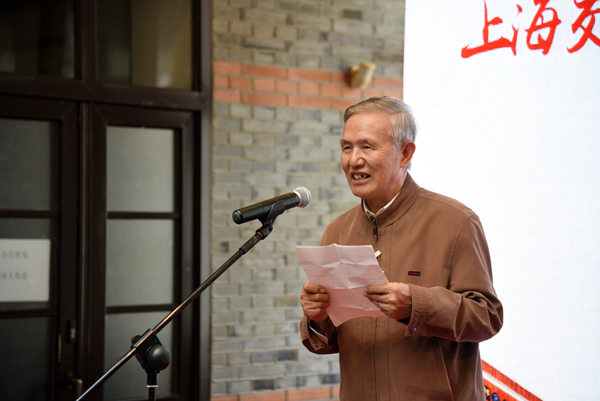 Mr. Xilong Wu pointed out his family’s deep connection with SJTU: half of his 80-year life had been spent in SJTU and both of his sons are SJTU alumni. He was gratified by the decision of his son and daughter-in-law who were both the beneficiaries of China’s reform. He supported the endowment and hoped it would help JI reach the goal of becoming a world-class university. 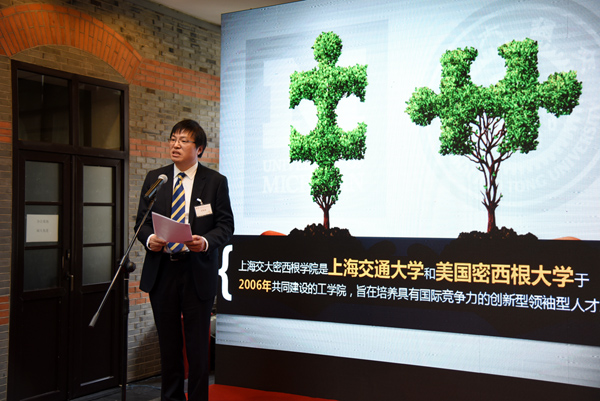 On behalf of JI, Dean Peisen Huang praised John Wu as the pioneer of the JI-UM dual-degree program and a model alumnus, whose generous payback would provide the badly needed resource to fulfill JI’s mission of becoming a first-class engineering school by hiring top-notch faculty, funding research, providing scholarships and especially completing the new JI building by 2017. 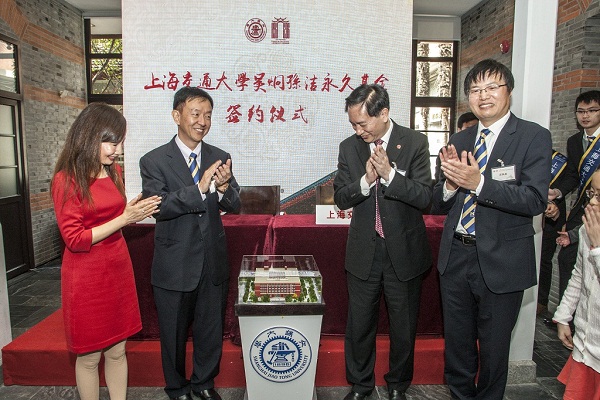 After signing the endowment agreement, Sixian Jiang presented the Wus with a certificate of appreciation and a 1:300 model of the future Longbin building. Both the two generations of the Wu family received birthday and anniversary presents from SJTU. 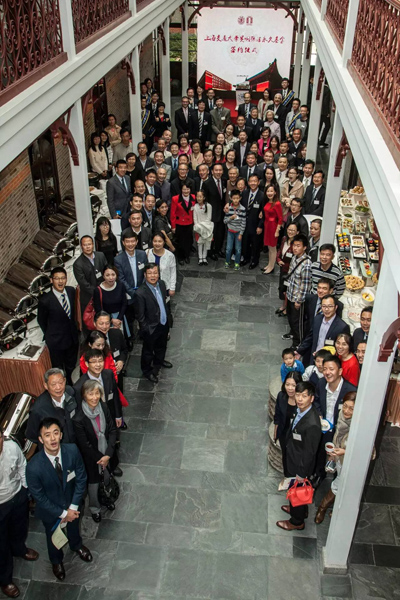 To conclude the event, JI threw a birthday/anniversary party for the Wu family. All guests enjoyed a good time having cakes, singing and dancing.
Following the Yu Liming Endowment Fund, the John & Jane Endowment is the second permanent fund that is dedicated to JI’s long-term development. Coming from the co-chair of JI’s Development Advisory Board, it is a meaningful gift on JI’s ten-year anniversary.