The commencement of UM-SJTU JI’s class of 2012 was held at Chen RuiQiu Building in the afternoon of August 10. Despite the sweltering summer heat, 218 graduates as well as the JI leaders, including Dean Jun Ni, Professor Shensheng Zhang, former Deputy Dean, Professor Peisen Huang, Associate Dean of Education, Professor Wansheng Zhao, Associate Dean of Research, Dr. Pam Byrnes, Executive Director, and faculty donned caps and gowns to attend the milestone event. Proud parents holding flowers and cameras packed the auditorium.
Dean Ni congratulated the graduates. His parting message for them is ten C words: Competence, Confidence, Creativity, Critical thinking, Cooperation, Communication skill, Citizenship, Character, and Contribution. He reminded the students to remember JI and keep in touch.
Professor Herbert Winful from University of Michigan wished the students the best of luck on behalf of Dr. Mary Sue Coleman, President of University of Michigan. He believes JI graduates will play an important role on the global stage. He cited an example of Chinese peacekeeping engineers helping the Liberians. He encouraged the graduates to use engineering to create technology and make the world a better place.
The guest speaker, former Deputy Dean of JI, Shensheng Zhang, reminisced about the obstacles JI had encountered 4 years ago and how JI has come a long way. Prof. Zhang is proud that he has kept his promises to the students. He congratulated the graduates and expected them to work hard toward their long-term goals.
Then it was camera time! The graduates marched onto the stage to receive their hard-earned diplomas from the JI leaders. It was a moment of rejoicing and celebration, with smiles and embraces.
At closing, graduate representative Zongchang Liu thanked the parents profusely and expressed heartfelt gratitude to the JI faculty and staff.
Among this year’s graduates, 81% are going abroad for graduate studies, half of which have been admitted to University of Michigan, and the majority of the rest were admitted to top US universities such as MIT, Stanford, Columbia, UCLA, Georgia Tech. Those who choose to work have mostly been employed by large domestic and international companies. 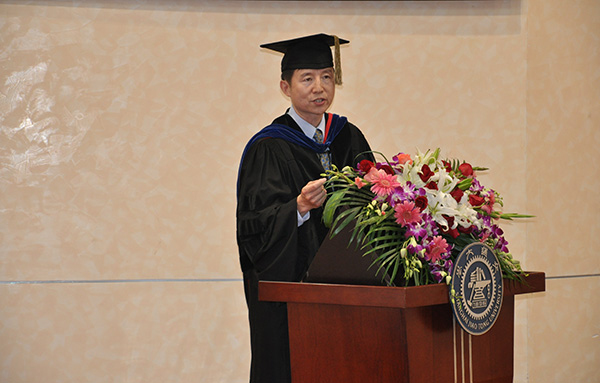 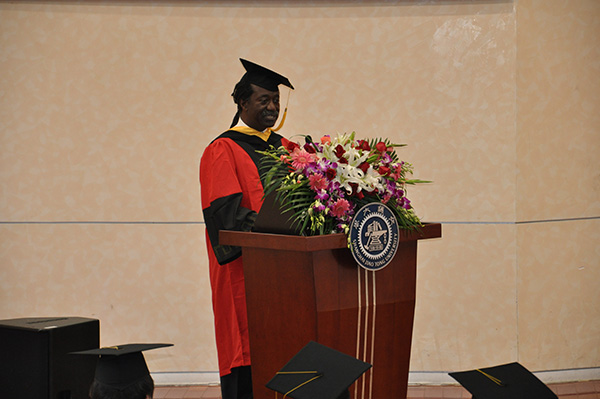 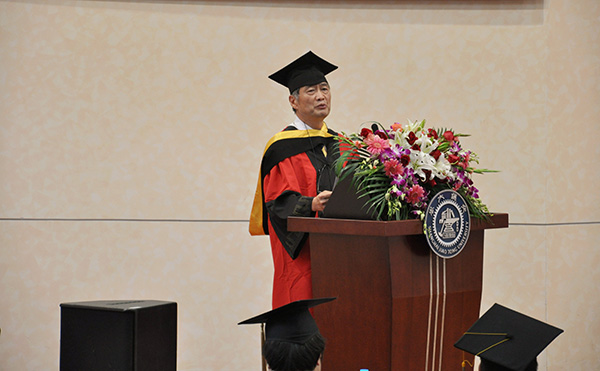 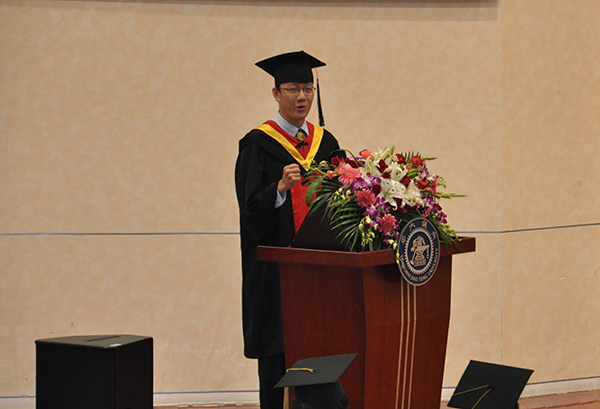