The JI team composed of doctoral candidate Qin Wang, doctoral candidate Mohammadreza Ahmadianyazdi and master candidate Wenqin Qiu are all from Professor Morteza Eslamian’s research group. The team ranked second in the campus-level qualification round at Shanghai Jiao Tong University, winning them the opportunity to attend the Singapore competition. In Singapore, they demonstrated a solution for the electricity crisis in Africa by applying an advanced photovoltaic material called perovskite into real solar products, which was well-approved by the Hult Prize judges.

Statistics showed around 600 million people live in the dark in Africa. They have no access to electricity so they have to use candle, kerosene, charcoal and wood to illuminate in the evening. However, the toxic gases released from those materials result in severe deaths of 600,000 people per year. Providing clean energy to solve the electricity problem in Africa has been a project of great significance to scientific researchers.

According to Qin Wang, the cutting edge perovskite technology originates from his Ph.D thesis— a promising research about the perovskite solar cells. Qin who also took his doctoral study in the University of Washington (Seattle) for two years has published seven SCI papers as the first author. He successfully fabricated the ultralight flexible thin-film perovskite solar cells with one of the highest power-per-weight values achieved by worldwide researchers. 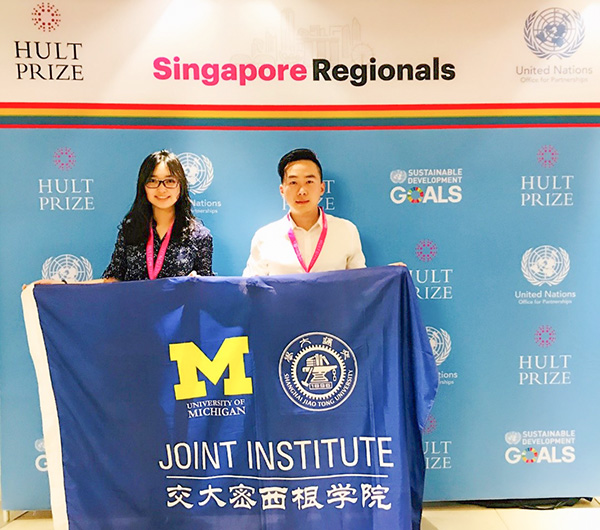 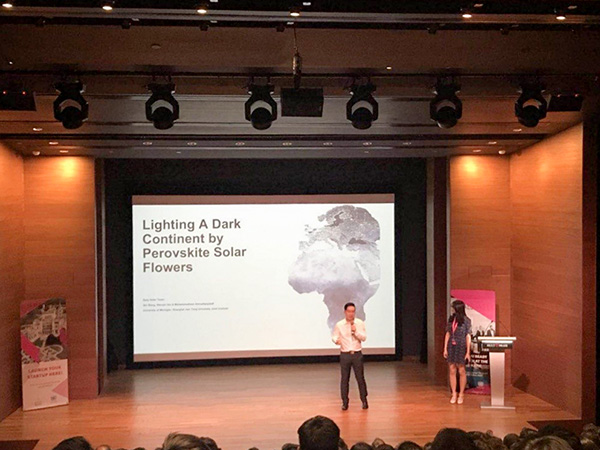 The Hult Prize is set to tackle the world’s most pressing issues around topics such as food security, water access, energy, and education. The Prize is a partnership between Hult International Business School and the Clinton Global Initiative. Bill Clinton selects the challenge topic and announces the winner by himself.  The theme of this year’s competition is to harness the power to energy to transform 10 million people’s lives. The Singapore Regional Competition was attended by a total of 48 teams from globally renowned universities, including University of Pennsylvania, Nanyang Technological University, Tsinghua University, Taiwan University, and Waseda University. 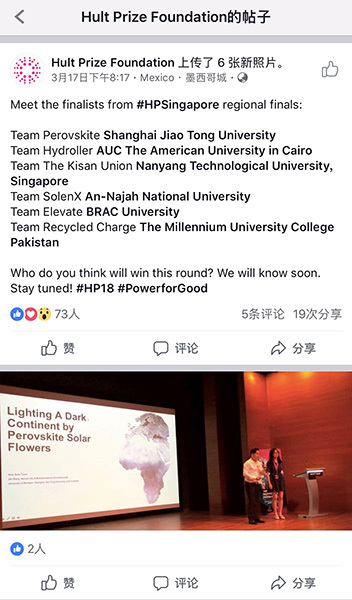