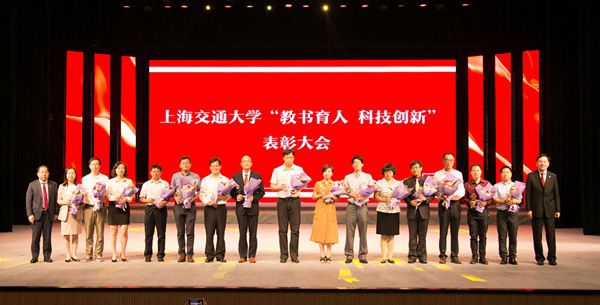 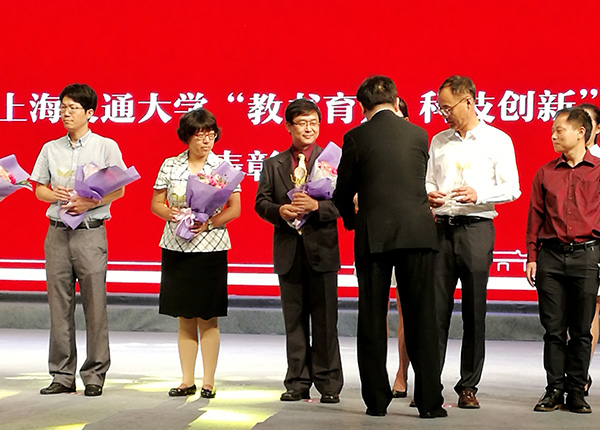 Associate Dean Gang Zheng graduated from the University of Colorado Springs with a doctoral degree in electrical engineering. In 2009, he gave up a faculty position in an American university as well as the U.S. permanent residency to return to China. In July of the same year, he joined JI to become a full-time lecturer. Over the past eight years, he has been passionate about teaching and cared deeply about students. He has taught a wide range of basic and required undergraduate courses, averaging more than 200 hours to more than 350 students per year. He has won numerous SJTU teaching awards, such as “The Most Popular Teacher Award” and “The Candlelight Award.” He focused on teaching as well as nurturing students. He not only imparts professional knowledge but often shares his learning experiences at home and abroad to boost students’ patriotism. In 2015, Zheng began to study the international standards of engineering education and carefully planned on improving JI’s quality of teaching and standards. Under his leadership, JI’s two undergraduate majors succeeded in obtaining the ABET (Accreditation Board for Engineering and Technology) accreditation in 2016, the first in SJTU.

Professor Chengbin Ma graduated from the University of Tokyo with a doctoral degree in electrical engineering and had then done postdoctoral research at the University of California, Davis. His learning and working experience in both Japan and the United States made him realize the importance of “Made in China” and “Created in China.” Eventually, he chose to return to China, hoping to use his years of accumulated knowledge and training to cultivate top-notch innovative talents for his motherland. Ma joined JI in 2008 as an assistant professor. In teaching, he paid special attention to the combination of theory and practice, as well as to the interaction between teachers and students. As a team member, Ma won the “special prize of 2013 SJTU Teaching Achievement Award,” the “first prize of 2014 Shanghai Teaching Achievement Award” and the “first prize of 2016 SJTU Teaching Achievement Award.” On his own, he won the “special prize of 2016 SJTU Excellent Teacher Award” and the “2015-2016 JI Outstanding Researcher Award.”

The “Teaching and Nurturing Award” serves SJTU’s goal for the comprehensive implementation of China’s education policy. Based on “Shanghai Jiao Tong University faculty incentives,” the award is the highest honor in SJTU’s talent training program, where all SJTU teachers are eligible to compete.