The research group of Mechanics and Computation of Evolving Solids led by Professor Shen focuses on computational fracture mechanics. Over the past years, the research group has made significant progresses in areas including phase field model for fracture, numerical simulation for hydraulic fracturing, fracture of thin shells, successive node snapping scheme, the mapped finite element method, discontinuous Galerkin methods and computational mesoscale heat transfer. Given its solid mathematical foundation and powerful prediction ability, the phase field model for fracture is an ideal model for the prediction of fracture behavior of material and parts, which makes it one of the popular areas in international fracture mechanics studies.

The new generation of high thrust-weight ratio aero-engine requires the support of lightweight and high strength materials. Given its excellent mechanical properties, the SiC fiber reinforced metal matrix composite (MMCs) has become one of the most important structural materials of aero-engine. It is widely used in multiple components of aero-engine including low pressure turbine axis and bucket ring. Unfortunately, few current simulation can comprehensively analyse the mechanisms of all failure models from crack initiation prediction to propagation and bifurcation, including interfacial debonding, fibrous fracture and interfacial failure, since the research on the fracture behavior of composites at static and fatigue strain involves numerous components and mechanisms. Tapping the strength of phase field model that requires no additional fracture criterion input, the team introduces phase field model for fracture to the study of fiber reinforced MMCs, to seek a powerful predictive mathematical simulation method and a description model for the fracture behavior of metal matrix composites. Their research covers matrix failure of metal matrix composites under quasi-static and dynamic loadings, fibrous fracture and interfacial debonding, as well as the role of coating in the fracture of MMCs.

The research group led by Paul Weng focuses on the study of sophisticated decision models and the design of novel algorithms for decision-support systems and autonomous systems. The research work lies at the intersection of artificial intelligence, machine learning and operational research. The group is currently working on (deep) reinforcement learning, a machine learning technology which is conducive to adaptive control and sequential decision making. Deep reinforcement learning has helped machine learning achieve impressive results in playing electronic games and the game of go, such as in the case of Alpha go. Reinforcement learning can also be applied in other areas, like recommender system and robotic technology the group is currently working on.

With the development of computer networks as well as the advent of emerging concepts of smart home and smart city, automatic system is gradually deployed in real applications. In spite of their influences on users, the design of such automatic system lacks evaluation of fairness, which may result in unfair decisions for certain users. To solve this problem, the project will conduct theoretical research on sequential decision making using welfare function under uncertainties. The difficulty of this project lies in the fact that nonlinear objective function will change the property of the optimal solutions, thus making it difficult to directly adopt the standard method. To be more specific, this project focuses on how to utilize the properties of welfare function (convexity, additive decomposability, etc.) to design highly efficient approximation methods to find fair solutions. The ultimate goal of this project is to tackle the issue of unfairness on a large scale through functional approximation including neural network. 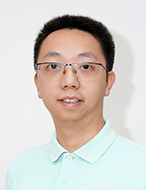 Yongxing Shen graduated from Tsinghua University in 2003 and obtained his master’s and doctor’s degree at Stanford University in 2006 and 2008 respectively.  After receiving his doctor’s degree, he stayed at Stanford University as a postdoctoral scholar. In 2011, he worked as a lecturer at Universitat Politècnica de Catalunya. In 2014, he returned to China to join UM-SJTU Joint Institute as an associate professor and was selected for the Young Thousand Talents Program in the following year. He mainly works in computational fracture mechanics. As the first or corresponding author, he published 9 papers on International Journal for Numerical Methods in Engineering and Computer Methods in Applied Mechanics and Engineering, two top computational mechanics journals, and his another paper published on Theoretical and Applied Fracture Mechanics was marked as a Highly Cited Paper by the Web of Science. 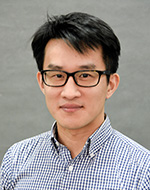 Paul Weng obtained his master’s and doctor’s degree at Pierre and Marie Curie University (UPMC) in 2003 and 2006 respectively. He then served as an associate professor in computer science at UPMC (currently known as Sorbonne University). From 2015 to 2017, he worked at Sun Yat-Sen University-Carnegie Mellon University Joint Institute of Engineering and went to Carnegie Mellon University as a visiting scholar. He graduated from  National School for Statistics and Information Analysis in France (ENSAI) and worked as a quantitative analyst in London. His research interest is artificial intelligence and machine learning with a focus on adaptive control (reinforcement learning and Markov decision processes) and multiobjective optimization (compromise planning and fair optimization).