The University of Michigan – Shanghai Jiao Tong University Joint Institute (UM-SJTU JI, JI hereafter) Associate Professor Shouhang Bo and his collaborators have published a research article titled “3D Stress Mapping Reveals the Origin of Lithium-Deposition Heterogeneity in Solid-State Lithium-Metal Batteries” (https://doi.org/10.1016/j.xcrp.2022.100938) in Cell Reports Physical Science, a sibling journal of Cell. The published research finding is expected to provide an effective approach to understanding the electromechanical coupling mechanism of solid-state batteries, which is essential for the development of solid-state batteries in the foreseeable future. The 3D microscopic stress mapping method can also be applied to other technologically important domains, such as the semiconductor industry.

According to the published paper, research group of Shouhang Bo developed the microscopic stress mapping method for solid-state batteries based on confocal Raman spectroscopy. The group traced the evolution of microscopic stress in a garnet solid-state electrolyte during battery processing and cycling. The quantitative relationship between stress distribution and lithium dendrite growth in solid-state electrolytes was revealed. It was found that the deposition of lithium metal leads to the accumulation of local compressive stress in solid-state electrolytes during cycling, where the stress can be up to 1 GPa. An electrochemical-mechanical model based on the 3D stress mapping results was further proposed. It was proposed that the origin of lithium deposition heterogeneity is mainly due to the differences of local overpotentials caused by the non-uniform stress distribution. 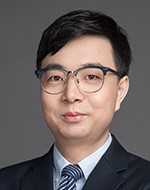 Shouhang Bo is a tenure-track associate professor of the University of Michigan – Shanghai Jiao Tong University Joint Institute, School of Chemistry and Chemical Engineering of Shanghai Jiao Tong University. He is an early-career editorial board member of Materials Today Energy. His group carried out research on fast ionic conductors, interface characterizations, and advanced imaging of solid-state batteries, and published more than 50 academic papers in journals such as Nature Reviews Materials, Joule, Nature Communications, Energy & Environmental Science and Chemical Reviews. The research achievements have been selected as the finalist in the Energy Category of World Science and Technology Award in 2017 (6 in total worldwide) and won the top award of Future Energy Storage Technology Innovation Concept Challenge (3 in total nationwide). Professor Bo is also a recipient of “Tang Lixin Distinguished Teacher Award” of Shanghai Jiao Tong University.