The awarding ceremony of Presidential Award of SJTU was held at new gymnasium in Minhang Campus on University Anniversary Day on April 8th, 2012. It is the supreme honor of SJTU. As the winner, Yuzhou Wang, who is JI’s Cofounder of Future Industry Leader Honors Program, was treated for lunch with President Jie Zhang. He became the first student in JI’s history to get such an honor. Congratulations to Yuzhou Wang and JI!
In addition, Yuzhou Wang has been nominated for the Top 35 Innovator under 35 by MIT Technology Review Magazine as well. It’s so great an honor to be the candidate of this award, of which the previous winners include Mark Zackerburg (Founder of Facebook), Larry Page (one of the Founders of Google), Jonathan Ive (Design Director of Apple), etc.
For the detail of the Award of “Top 35 Innovator under 35 by MIT Technology Review Magazine”, please go to: http://www.technologyreview.com/article/38322/ 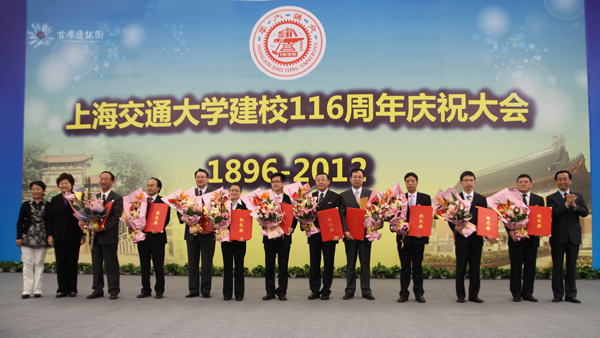