Mian Li, a tenured associate professor of the University of Michigan-Shanghai Jiao Tong University Joint Institute (UM-SJTU JI) has received the designation of Fellow from the American Society of Mechanical Engineers (ASME), as recognition of his research and education accomplishments in the area of Design Automation. 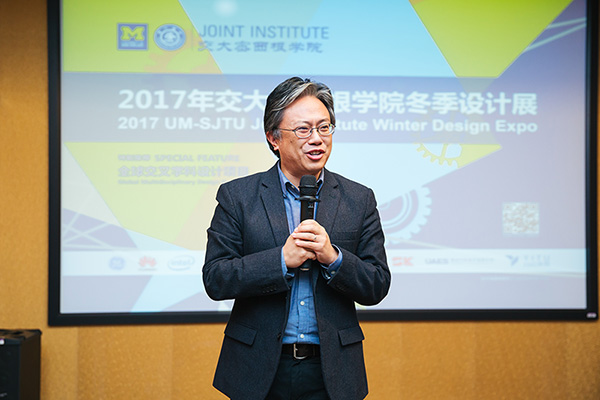 A prestigious accomplishment, this honor is conferred by the ASME Committee of Past Presidents on worthy candidates to recognize their outstanding engineering achievements. Nominated by ASME members and existing fellows, an ASME member must have demonstrated 10 or more years of active practice and at least 10 years of active corporate membership in ASME to earn this accolade.

The ASME fellow grade recognizes “exceptional engineering achievements and contributions to the engineering profession.” The title of fellow has been awarded to only about two percent of over 130,000 ASME members.

Prof. Li is devoted to providing intelligent solutions to multifarious (especially inter- and multi-disciplinary) problems that are encountered in various aspects of complex system design and analysis. He aims to develop and employ a wide range of novel optimization and analysis techniques to aid in advanced decision making, using linear and non-linear optimization paradigms, approximation methods, simulation, evolutionary- and heuristic- based algorithms, in addition to numerous other models and approaches, under both deterministic and stochastic conditions. With research topics including (but are not limited to) robust optimization and multidisciplinary optimization, system health management, data-driven decision-making, industrial AI, advanced control and optimization control, Professor Li is currently interested in applying the sophisticated design methods, efficient simulation models, and effective optimization approaches to interdisciplinary research topics, such as intelligent manufacturing systems, intelligent vehicle systems, smart medical treatment, as well as complicated intelligent information systems. Professor Li has published more than 40 SCI papers and many conference papers. His research work is supported by NSF China, Shanghai government, and industrial companies. 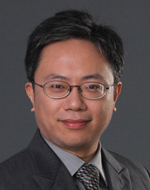 Dr. Mian Li is a tenured associate professor of the University of Michigan-Shanghai Jiao Tong University Joint Institute and an Adjunct Associate Professor of Department of Automation, Shanghai Jiao Tong University. He joined the Joint Institute in September 2009 after serving as a post-doc research associate at the College of Engineering, University of Maryland for more than one year. Professor Li received his Ph.D. degree in 2007 from the Department of Mechanical Engineering, University of Maryland at College Park, with the Best Dissertation Award of 2007. He received his MS (2001) and BE (1994) degrees both from Department of Automation, Tsinghua University, China. He has been the associate editor of ASME Trans. Journal of Mechanical Design since 2017.