The MCM/ICM competition was launched in 1985 by the Consortium for Mathematics and Its Applications (COMAP). It is the only international mathematical modeling contest of its kind and regarded as the Olympic Game of mathematical modeling attracting worldwide contestants from renowned universities every year. A total of 27,205 teams from 22 countries and regions participated in the contest this year. 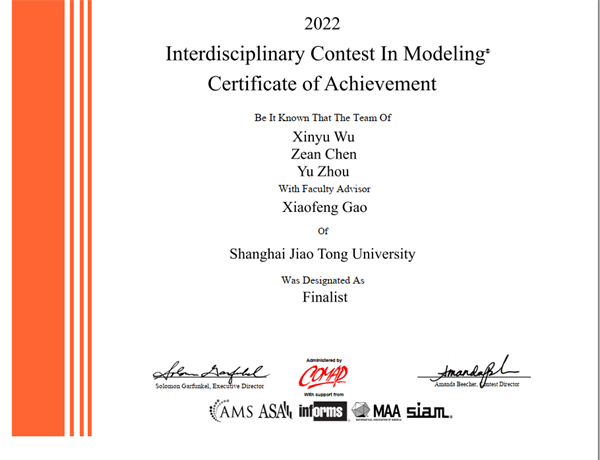 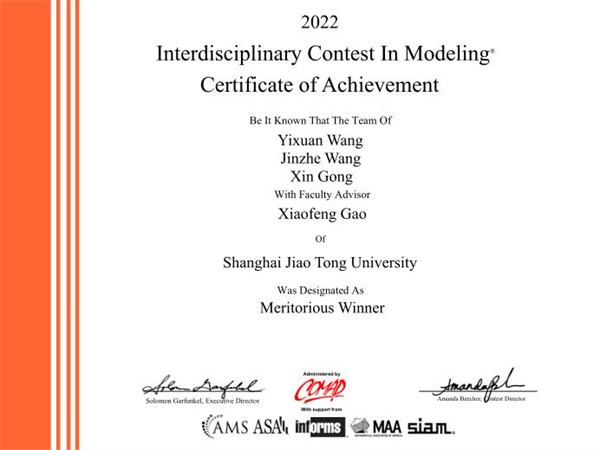 Finalist winner, JI sophomore Ruiying He attributes the excellent results to sufficient pre-contest preparation and strong teamwork of students. “We started to prepare for the competition one month in advance. During the competition, it is truly very important that team members communicate with each other and work together to deliver a good essay,” she said.