Forbes China, the Chinese-language edition of Forbes, unveiled its 30 Under 30 China list of 2022 recently featuring 154 outstanding young talents from 5 industries. The University of Michigan-Shanghai Jiao Tong University Joint Institute (UM-SJTU JI，JI hereafter) alumnus Peizhou Zhao was among the listees in the category of finance and venture capital.

According to the announcement published on the official website of Forbes China, the listees of the 2022 list were vetted from aspects of influence, performance and innovation. Candidates must be born after January 1 of 1992 and be an outstanding entrepreneur, a leader of a big team in a company, a person-in-charge of a key project, a pioneer of scientific and technological invention, or various kinds of founders and leaders not limited to the above situations. 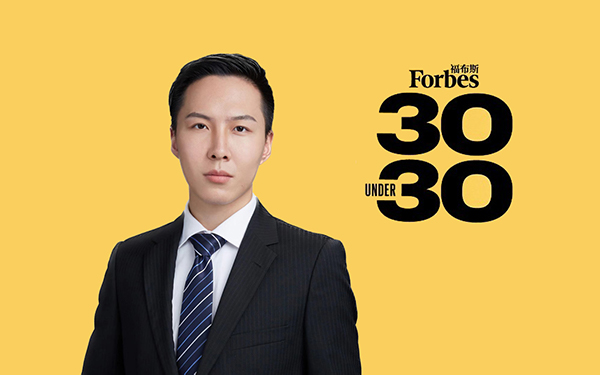 Peizhou Zhao received his bachelor degree in Electrical and Computer Engineering from JI in 2014. He was an auditing and financial consultant of Ernst & Young, Deloitte before joining Xiaomiao Langcheng Investment Management Co., Ltd. as its investment director with main responsibilities including investment and business research in frontier science and technology, meta universe. He leads or participates in nearly 20 investment projects such as Leading Optics, Turing Quantum, AI Rudder, Flexiv Robotics, and Ultron Photonics.